The weather finally broke earlier this week and I managed to take advantage of the opportunity. Monday morning I drove out to the airport and plugged in my engine pre-heater. I let it do it’s thing while I enjoyed a cup of coffee at the local Starbuck’s. Then made my way back to Stead, took the covers off the plane and did a thorough preflight. Then listened to the AWOS recording on my phone to see what the conditions were out on the runway. By that time (just before lunch) the winds had picked up to 10G20 at 40 degrees off the runway heading.

Although I have considerable time in the Swift, I had not flown for a month. I doubt that I would have had any problems with the winds, but this was not a ‘must do’ flight, so I decided to cover the plane back up and go have lunch at a nearby café. From there I checked out the Walmart that had recently opened near Stead and got  a few things that were on our home shopping list.

I had been dialing into the Stead AWOS periodically to see if the conditions were changing one way or the other. Over the past 60 minutes or so the winds were consistently reporting less than 10 knots pretty much down the runway. So, instead of heading home I went back to the hangar took the covers off again and pulled the plane out. The preflight had already been completed so it didn’t take long to get into the air.  I flew for around the local area for 1.1 hours and returned to the airport for 5 patterns/landings. By the time I stopped there were 4 other planes in the pattern – so I wasn’t alone in trying to get the cobwebs cleared off the flight controls.

It looks like our weather pattern may be changing into something more flying-friendly. Today is clear, but cold (35 degrees F at noon) and with light winds. By Monday they say it will be in the low 70s.  I guess I’ll have to seriously consider restocking the hangar fridge and breaking out the airplane polishing equipment. Spring is coming to the mountains….  (I hope that didn’t jinx it.) 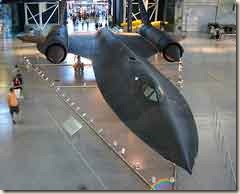 Some Oklahoma Aviation History.
This is from the Tulsa World. Sometimes you wonder about so-called progress and the government’s efforts to use a ‘one size fits all’ approach to regulation. In this article Tom Clark reminisces about the history surrounding Tulsa International Airport’s Hangar 10 and his part in the airport’s history…

Feet on the Ground, Dreams in the Air
This is from the Ramona (CA) Sentinel. Back in 1994, when such records were still permitted, 9-year-old Rachel Carter, with her CFI father , flew an airplane across the country. After the fatal crash of a similar flight these record-setting flights were banned and are no longer recognized. Nevertheless, Rachel Carter is still trying to fly. She went on to get her pilot’s license and is currently the assistant airport manager at the Ramona Airport. But medical issues, rather than age, are now preventing her from flying solo…

Pilots remember heyday of Southern Nevada aviation
This is from the Las Vegas Review-Journal. There was a program at the National Atomic Testing Museum recently that featured a panel of test pilots and crew members. Most of the participants were in their 80s. They talked about the heyday of Lockheed’s Blackbirds. One member of the panel was Jim Eastham who flew the YF-12A on its maiden flight out of Area 51…