Museum Entry – $1.30 USD
This is from the English version of China’s People’s Daily Online. The Shanghai Aviation Scientific Promotion Museum opened recently. The inside exhibits occupy a 2000 square meter area while the outside exhibits have 10,000 square meters. It sounds like they have a Cessna simulator and an Airbus A-320 simulator, both available for visitors to use for a reasonable extra fee. It was interesting to read that the museum is associated with an educational program leading to a pilot’s license – with the flight training conducted in the United States. 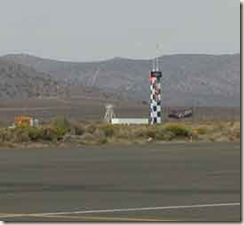 Will we see practical hypersonic flight in our lifetimes?
This article is from the BBC News Magazine. The European Space Agency’s goal is to create a hypersonic passenger plane. The article looks into the progress made and the problems that are yet to be solved.

Closure 69 years later.
This is from Florida Today. In November of 1942 Bob Willett’s cousin was flying a C-47 over “The Hump” for China National Aviation Corporation. The flight had dropped off cargo at Kunming, China and was headed back to it’s home base in India but it never made it. Now the family finally has a little closure…

Who was Tony Jannus?
This is from the Seattle PI. Tony Jannus was one of the pilots for the world’s first scheduled airline by airplane (airships were first used in airlines). There are several memorial plaques erected to commemorate the airline’s operation between Tampa and St. Petersburg.

A valiant goal for 2012
This is from The Advertiser Tribune of Tiffin, OH. One of the Tiffin residents, one Ken Snyder has set as his goal for the year the restoration of a 1951 Piper Tri-Pacer. Sounds like a great idea to me. He’s been at it for a while, but this is the year…

Planes of Fame
This is from the Inland Valley Daily Bulletin in Southern California. The author, Joe Blackstock, interviews Ed Maloney, one of the founders of the Planes of Fame aviation museum at the Chino, CA airport. Nice article…

Sounds like an interesting way to spend a winter afternoon.
This is from the Seattle PI blog. The article is a mini-review of the Carolinas Aviation Museum complete with several photos. This museum is the final landing spot for the A-320 that made the successful landing in the Hudson River. It looks like they have a nice collection of well-restored aircraft.

A son is putting his father’s magazine on the web.
This article is from the Sacramento Bee. Way back before there was an FAA, Leighton Collins launched a magazine called Air Facts to share aviation safety information with the growing number of pilots. Now, with the sponsorship of Sporty’s Pilot Shop, Richard Collins is putting Air Facts on the Internet for pilots to access for free. Check it out at AirFactsJournal.com

A Lucky Pointer
This article is from Telegram.com in Worcester, MA. There is no introductory information on this article, it just goes right into some letters the author apparently sent to his parents while he was in Naval Flight Training in the 1940s. An interesting article. It would be nice if it had links to his previous stories.

A final comment about the the media’s coverage of the 2012 Reno Air Races.
I have seen several articles, tweets, posts or whatever that have stated that the National Championship Air Races will be held this year. I guess those headlines get more people clicking on them and generate more ad revenue, or the authors are just printing what they think people want to hear. Half-truths seem to be the norm in journalism these days.  What they meant to say is that Some Kind of Aviation Event will be held at Reno this year – that is what Mike Houghton, CEO of the Reno Air Racing Association(RARA), stated in his press conference this week. They want to operate the Races as they have been run in the past, however, they still do not have the permits from the Reno-Tahoe Airport Authority (RTAA) ( the entity which owns/operates the Reno-Stead airport)  and they do not have the required waivers from the FAA to allow the races to be conducted. Nothing was mentioned about the insurance to cover the event. All of these steps are being actively pursued by the folks at RARA – and with a bit of luck they will be successful. If they are not, if the races cannot  be conducted as they have in the past, there will still be a RARA-sponsored aviation event at Stead this year, but it will be the last one.