Do not neglect to thank any veterans or active military members that you know. Their sacrifices have given us the freedom to live the lives that we live. 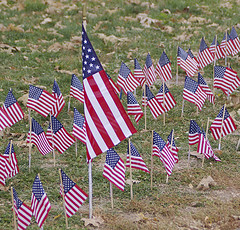 Veterans returning from Washington D.C.
This one is from Spokane, WA. Inland Northwest Honor Flight took their fifth group of military veterans to Washington D.C. recently – giving them all a chance to see the memorials that have been dedicated in their honor. Several spoke of their experiences.

A veteran’s story
This is from Brenham, TX. Gene Menking entered the Army Air Force in June of 1941 as an 18-year-old learning to be a mechanic. This article is the story of his military career.

A military career that almost wasn’t
This one is from the Leader Post in Regina, Sask. Barry Needham has an airfield named after him, yet his military career almost never got off the ground. He talks here about some of the history he saw being made.

Some WWI aviation history
This is from the Caledon Citizen in Brampton, ON,Canada. The local historical society received a tour and several presentation about the WWI aircraft on display at the Great War Flying Museum. It sounds like they have quite a collection.

This is why you take kids to airshows
This is from the TCPalm on Florida’s Treasure Coast. Steve and Tyson both grew up in Martin County, FL. and they both grew up watching airplanes and Shuttle launches and dreamt of taking to the skies. Now they are both military pilots and brought their currently assigned aircraft to the local Stuart Air Show.

Keeping aviation history alive
This is from the Warren Record in Warrenton, NC. A non-profit organization, History Flight focuses on keeping World War II aviation history alive by taking civilians on flights onboard aircraft of that era. Proceeds from the flights are used to research and locate the remains of U.S. servicemen still missing in action from World War II. John Garrett, now 80, loved to fly the AT-6 trainer. Recently he go a chance to relive some of his memories.