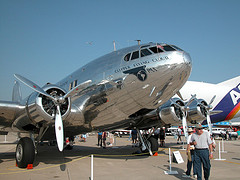 I’m not sure they all agree
This is from the Fresno Bee. The author interviewed a few flight attendants and found that they feel that they had glamorous jobs. Hmm. Probably depends on the day…

It always feels good to restore your ride
This is from Fox 8 in Cleveland. Nate Shaffer was a door gunner on a helicopter in Vietnam. In 1994 he started looking for some of his fellow crewmembers – and for the helicopter that they flew. He was more successful than he expected

Burt just can’t stay retired.
This is from the Seattle Times. Just in case you haven’t seen all the press this venture has received the past few days…

Another successful mission.
This is from the Frederick News Post. The Pilots-n-Paws program enlists the aid of pilots and their aircraft to transport animals around the country.

World War II airplanes still in the air.
This is from Chron.com. The article relates the efforts put forth by the West Houston squadron of the Commemorative Air Force (CAF).