I’m back at my day job again. This time it is a 9-day jaunt to Asia. Well, I actually go back and forth to the US a couple of times on this trip. The flight from the US to Japan this week time took us 12:36 from gate to gate.

We were routed way north and then through Russian airspace. In discussing the route with the dispatcher, it appears that with the cost of gas as high as it is, we will be using the Russian overflight routes more often. In the past, the Russian overflight fees canceled out the cost savings for the shortened flight time, but now the high cost of gas makes the route more economical.

The Russian controllers are generally pretty good and fairly accommodating, though if you get too far off the ‘usual script’ you will have problems with translating the request. As usual, though, their command of English is WAY better than any attempts I would be able to make with Russian (or Japanese or Chinese, etc., etc.). I can’t fault them at all. I’m just very thankful that English ended up being the universal language for aviation.

Our route took us NW through the middle of Canada and just north of 73 degrees North. The Arctic Circle is at 66.5 North, so we were well above that. We were above clouds for most of the flight time while crossing Canada, but they parted enough for me to get a couple of photos of the ground around 73 degrees North. 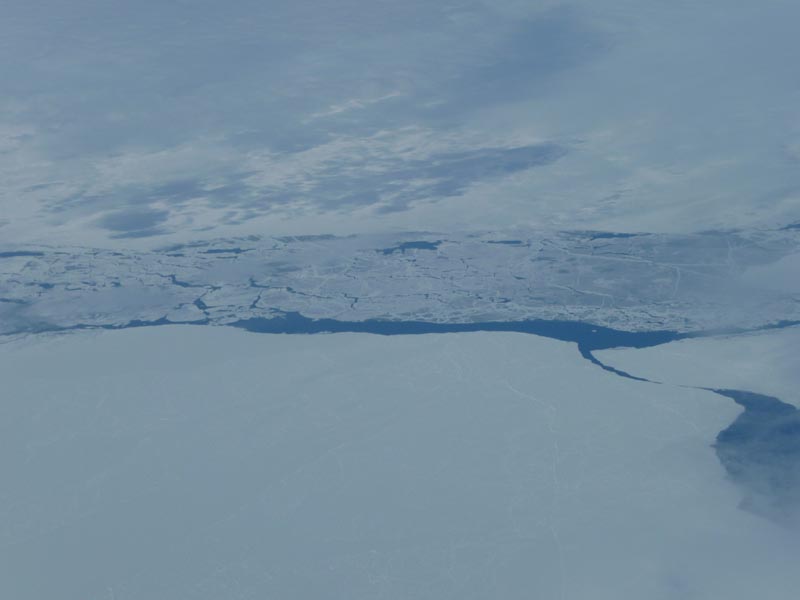 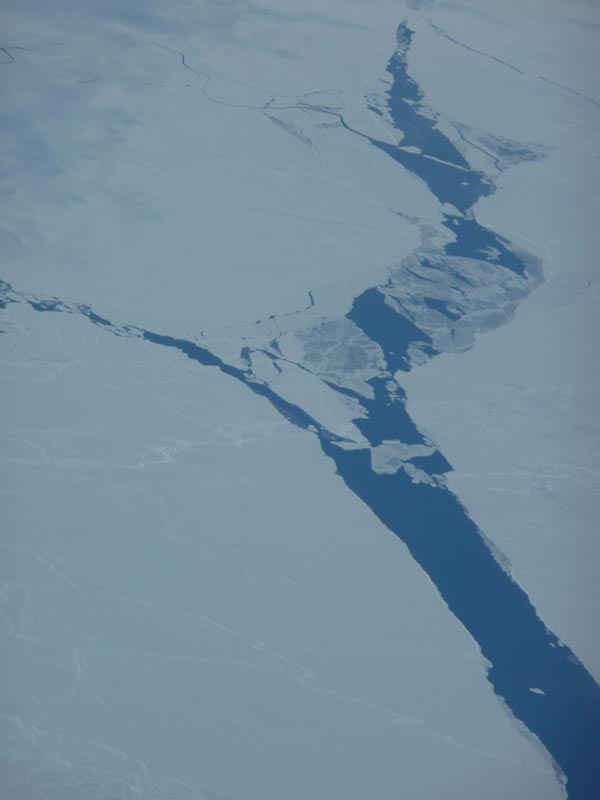 As expected, there isn’t a whole lot up there. We were just off the northern coast of Canada, near the border with Alaska. Shortly after I took the photos, we were handed off from talking to Gander on HF to talking to Anchorage Center on VHF. As soon as we passed into US airspace, we were cleared direct to the Russian route entry point (Liski). That took us about 40 miles north of Barrow, Alaska. I hoped to get a photo of it, but there was just a solid layer of clouds as far as you could see.

My time in the seat was for the first half of the flight, with the crew changeover time occurring just before we entered Russian airspace. So, I briefed my replacement on our progress and left to head for the bunk room and make an attempt at a nap. That’s always a hit an miss proposition for me. Sometimes it’s just impossible to get the mind to stop thinking about miscellaneous things, no matter how tired you might be. I’ve never been very successful at forcing sleep time.