This was really a slow week for the kinds of aviation articles that I like to pass along to you. 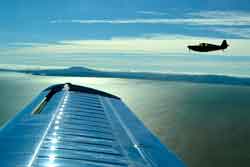 To give this article a little more body I’ll combine it with a little coverage of the West Coast Swift Fly-in that I attended last weekend. I do have one link which I’ll put at the end of the article.

The Globe/Temco Swift group is pretty active overall. The Swift Museum Foundation owns the type certificate for the airframe and maintains a Parts Store at the Association headquarters in Tennessee.  Each year there is a National Fly-in and a West Coast Fly-in. The West Coast version is traditionally held in Jackson, CA at the Westover-Amador County airport (KJAQ). 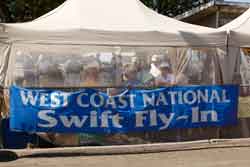 This year there were about 30 Swifts in attendance. Arrivals began on Thursday and most participants were on their way home by mid-afternoon on Sunday. The Friday night BBQ dinner on the airport fed 65 people and the Saturday awards banquet had 55 in attendance. This was the registration tent and souvenir store. 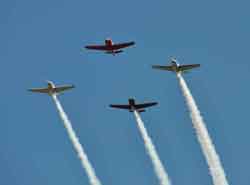 One day there was a Formation flying clinic – the Swift Formation training program is certified by the FAA and, when completed, results in the awarding of a Formation Qualification card – required by the FAA in order to participate in any airshow formation flights. 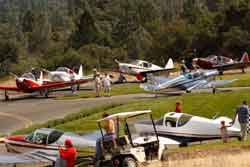 On another day there were two fly-outs. One to the San Francisco Bay area to view the clouds covering the Golden Gate Bridge – the group settled for lunch near one of the bay area sport flying airports. The other fly-out was to the Pine Mountain Lake Airport (E45). A Swift owner there invited the group over to be ‘guests of honor’ at their airport’s open house/fly-in. This was the Swift parking area at Pine Mountain Lake airport.

Several different awards were given out at the banquet on Saturday night. The award winners were 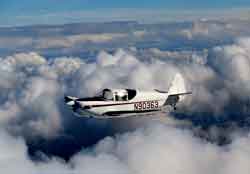 One of the attendees sent a few shots he took on the way home. At a fuel stop they crossed paths with two of Eddie Andreini’s planes on the way home from an airshow – a Super Stearman and a Yak-9U.  I’ll also include a link to a NSFW (Not Safe For Work) balloon photo that he sent along – saying he saw it near Napa, CA. (Maybe in a bad dream.)

Many, many thanks go out to Gerry and Carol Hampton who organized the Swift Fly-in. My wife and I have been involved with the planning of a similar event and we know that the work load is tremendous. They did a super job. Thanks also to Don Thomson and Karl Johanson who both supplied photos for this article.

Here’s the only article I found this week that I wanted to pass along:

A Georgia boy and Ohio aviation history
This is from Douglasville, GA. The author’s father told her the story of the first time he had ever seen an airplane. She did some research and the story expanded to aviation history in Cincinnati and Atlanta. A lot of familiar names. Good read. 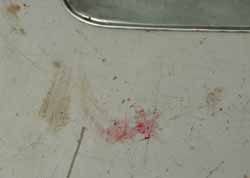 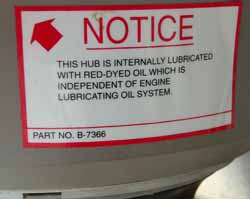 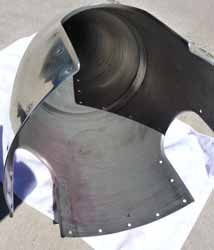 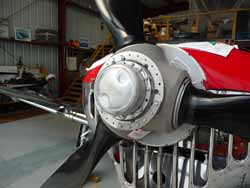 Is it already the July 4th weekend?

Something to do between graduation and full employment
This article is from the Daily Bruin. Shana had just graduated from UCLA with a degree in economics and had some time off before her employer needed her to start work…. what to do?

A Family with three generations of aviation lovers.
This article is from Sidney, Montana. It relates one family’s love of aviation, spanning 50 years.

The Girls in the Blue Beret
This is a book review from the Washington Post. The book The Girl in the Blue Beret by Bobbie Mason is a story of a retired airline pilot who, now widowed, grounded and unemployed, decides to go back to Europe and try to find the people who saved his life when his B-17 was shot down during WWII. It sounds like a really good book. I have ordered it and have placed an affiliate link in the right sidebar.

Another opinion piece concerning AF 447
This is from Aviation International News. Rob Mark, of Aviation Geeks Podcast fame(?), published an opinion piece on the Air France Flight 447 crash. The question, once again, is brought up about whether we are producing pilots or systems operators.

His family is an RV-4
This article is from OA Online. It is that tells a little about an individual flying out of Roy Schlemeyer Field in Odessa, TX. A nice story. It caught my eye because I have flown out of the airport – way back when. I’m not a glider pilot, but I have a half hour of time in one – with Roy Schlemeyer out of the airport that now bears his name. It was also the airport where I first soloed a Globe Swift – the one I owned for 36 years. Small world.

A story of successful mentoring
This one is from Fox Atlanta. It recounts the story of a young man mentored for the past 7 years by a group of individuals who instilled in him the gift of giving. Another nice story.

Aviation in Miami and Pan Am in New York
This article is from the Miami New Times blog. It is an article describing a new exhibit at History Miami that recounts the growth of aviation in Miami – once the home of Pan Am Airlines. It looks like a really nice exhibit.

Aviation comes to Grosse Pointe
This article is from the Grosse Pointe Patch. It recounts the flight of a Wright brothers aircraft in the Michigan town one hundred years ago.

A Buffalo man receives the Wright Brothers Award
This one is from the Buffalo News – and does not refer to the Colgan Air accident. Herman Goldstein got his first ride in an airplane when he was 13 years old and attending a Boy Scout camp – well before the Young Eagles program had begun. Now he is 88 years old and has been awarded the prestigious Wright Brothers Master Pilot Award.

One of my readers passed this one along, so I thought I’d add it here for everyone’s benefit. D-Dalus aircraft design introduced at Paris Airshow. No wings, stationary or rotating on this aircraft. Sounds interesting.