I finally finished the annual inspection of my Swift – no major problems found. Of course, now it’s 24 degrees outside with a light dusting of snow on the ground. My hangar is not heated or insulated – and the plane does not yet have a cabin heater.  I’m still working on a way to add a heater muff to the exhaust system. This cold weather system is supposed to move through the area over the next few days and then the daytime temperatures are supposed warm up a bit. It looks like next Monday or Tuesday are my best bets.  I’m looking forward to getting back into the air.

Here are some aviation articles that you may have missed this week: 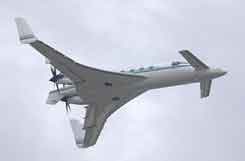 Aviation history in Detroit
This one is from the Ann Arbor Journal. Randy Hotton, an aviation historian, professional pilot and board member of the Yankee Air Museum will be giving a presentation on the Willow Run bomber plant on November 10th. Sounds like an interesting presentation and definitely a place to be for local aviation buffs.

The first commercial airmail delivery?
This article is from The Hindu, in India. It is primarily about the celebration of 100 years of aviation in India, but it starts with a statement about the first commercial airmail delivery by aircraft. According to the article, this first occurred in India on Feb 18, 1911. As with most aviation firsts, there seems to be a dispute about the ‘first’ status. It seems that 3 letters were flown from Petaluma, CA to Santa Rosa, CA on Feb 17, 1911. I’d vote for the India flight as the real first  since Frenchman Henri Pequet carried 6500 letters on his flight from Allahabad to Naini.

The article refers to a man called J.R.D. I had to look that up, though aviators in India and aviation historians probably consider it common knowledge. He is Jehangir Ratanji Dadabhoy Tata (29 July 1904 – 29 November 1993), the holder of the first pilot license in India and founder of Tata Airlines (1932) which in 1946 became Air India.

General Aviation assistance in an emergency
This one is from the Sonoma News in Northern California. Sonoma is just to the north of the San Francisco Bay area. The pilots there recently took part in a disaster preparedness exercise showing the kinds of assistance that general aviation can provide when a major disaster strikes.

Decisions, decisions
This one is from The Union in Nevada County, California.

You’re Harold Wolfe. You’re almost 80. Your kids have been out of the house for 30 years and cruise ship companies are sending you brochures every week with offers to Alaska and beyond.

“I know,” said Harold. “I think I’ll build an airplane with my own two hands.”

A Dream Fulfilled
This article is from Seattle. the author had always been enamored by the Beechcraft Starship and dreamed of getting a flight in one. Well, the stars finally aligned and the wish came true. Some nice photos are included in the article.

Here are a few stories that you may have missed this week. A pretty light week for the types of articles I like to include. 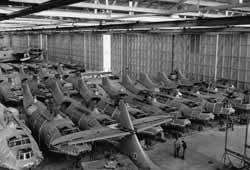 It is sometimes the little things that count the most – read the manual
This article is from New Jersey dot com. It covers the FAA’s determination of cause for a Department of Justice owned LSA landing on a New Jersey highway. Good thing that the plane was being operated by the Prosecutor’s Office, huh?

Yet another argument for flying yourself rather than using the airlines.
This article is from a Forbes columnist who is also a pilot. He works in the UK and uses a Cirrus to fly himself to various places throughout Europe. The article includes a video clip of a flight he recently made to Rotterdam.

A pilot’s tribute to his buddy – keeping warbirds flying.
This article is from Bismarck, ND. It relates how a physician restored a P-51 to the in the configuration of one of his patients who flew in WWII. When the restoration was completed he flew the veteran in the plane to air shows in the area.