Time has been moving too fast lately. I have been meaning to write a post about the Air Races this year and just haven’t had the free time I thought it would take to write coherently. 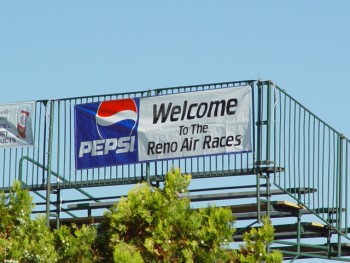 As usual, I spent most of my time at the east end of the airfield, in the area designated for the National Aviation Heritage Invitational. I made a couple of trips through the race pits to visit friends who race, but didn’t spend a lot of time in the pit area.  The times that I did, I snapped a couple of quick photos of the crews working on the planes between heat races.

I have never been in the position of having a crew take care of my personal airplane – where I just show up, get in, start it and fly away whenever I want.  I’m not sure that I could live with that. Yes, that was the normal mode of operation in the Air Force and it is also that way with the airlines, but it takes a certain level of income for it to occur with your personal airplane. It would take extreme confidence in the crew that you have working on the plane, especially in the context of the races where you head out to fly at speeds approaching 500 mph at altitudes below 200 feet agl and in close proximity to other race planes.  I would guess that over time you gain the confidence in the race team and the pilot/pit crew operation feels comfortable. I just prefer working on my own plane, knowing what has been done to it, how well it was done and whether it corrected the problem.  It also shows consistency in the quality of the work performed throughout the plane when only one person is involved. I guess at some point it’s not a cost-effective use of a person’s time or the size and complexity of the plane makes a do-it-yourself operation out of the question, but that has never been my situation either.

Our seating area at the east end of the ramp placed us directly in front of the two F-22 Raptors who were in attendance this year.  Very loud, but a very impressive example of the capabilities of the combination of excess power, computer controls and vectored thrust. If you have not yet seen one of their flight demonstrations, I highly recommend finding one and getting there some way. Another option is to watch the accompanying video… 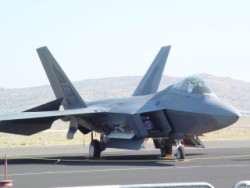