I received this DVD free as a volunteer to try products and write reviews for EAA’s Sport Aviation Magazine.

The DVD runs 62 minutes and is narrated by Hugh Downs a legendary broadcaster with multi-engine and balloon ratings.

Mission: Dawn Patrol is a video account of three pilots who flew aircraft of the Vintage Aero Flying Museum in Hudson, CO to the Dawn Patrol Rendezvous of WWI aircraft at Wright-Patterson AFB in Dayton, OH.

The photography is excellent and the story is punctuated with actual clips of the planes in action and biographies of the pilots who flew them in WWI.

The pilots in the DVD and the airplanes that they flew are:

These planes, WWI fighting machines, were designed to fly sorties about an hour long. This effort was to fly them 1100 miles to Dayton – and back. They had a chase plane and two vans following them with parts and mechanics. It was a monumental effort that has been documented beautifully – even the unfortunate landing accident.

If the DVD only documented the effort to take the planes to Dayton and back it would be worth your time to watch – with great air-to-air photography, comments by the pilot, and the addition of actual WWI movie footage, interviews and pilot biographies make it a valuable aviation history lesson.

I recommend this DVD to anybody who is an advocate of sport aviation and/or antique aircraft.  The link above is an affiliate link to purchase the DVD from Amazon.

Here are some flying-related articles that you may have missed this week: 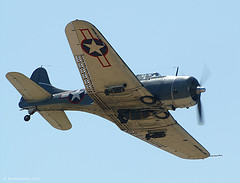 Aviation Attractions in Seattle
This is an article from SeattlePI. At first I thought this was an announcement of a new aircraft acquisition at Seattle’s Museum of Flight, but it turns out that it is an article on the aviation attractions you can visit when in Seattle. It’s a nice overview – you could probably cycle through them all – continuously.

Former Pan Am Flight Attendants Reminisce
This is from the UK, Daily Mail Online edition. There has been a lot of hype about the new television series Pan Am. I’ve seen twitter streams fill whenever the show is airing – usually comments from current flight attendants. This article relates the experiences of three former Pan Am flight attendants.

Bemidji, MN and Aircraft Restoration?
This article is from Minnesota NPR. When you think of Bemidji, NM (if you ever do) you don’t usually think of it as an aircraft restoration location. However, Aircorps Aviation is trying to change that. Erik Hokuf is the co-owner of the facility and is well known in the aircraft restoration field. His current project is to return the P-51 Sierra Sue to it’s original WWI configuration. According to Hokuf, “The goal with this restoration is to make it as authentic as possible,” Hokuf said. “We’re bringing the airplane back to the way it would have been when it was sitting in Europe in spring of 1945 with the 9th Air Force.”

Dauntless flying in the Pacific Theater
This article is from the Enid, OK News. Coot Nelson didn’t plan on being a military pilot, but things just worked out that way. He found himself flying the Dauntless Dive Bomber in the Pacific in WWII. These are some of his experiences.

Aviation Pioneer Finally Recognized
This is from the Daily Townsman, B.C. Roberta Taylor has been involved in aviation since before she can remember. Born in Thunder Bay, she was recently awarded the Elsie MacGill Northern Lights Awards for being a pioneer woman in aviation. She has had quite an aviation-filled life.

EAA Aviation History Channel Videos
I subscribe to the EAA (Experimental Aircraft Association) email newsletter. A recent issue had a link to one of their videos – a panel discussion with seven WWII veterans who flew with the 8th Air Force. It’s a 110 minute video, but very interesting. EAA’s Aviation History channel is also home to their Timeless Voices project – they put an aviation pioneer in front of a camera and let them reminisce about their aviation experiences. There are videos with pilots, engineers, gunners, mechanics and test pilots, to name a few. EAA also has channels for Homebuilding, Learning to Fly, Vintage Aircraft and more. The site is well worth the visit if you haven’t already been there. A great place to spend a few minutes – and it’s not a Flash Player, so everything is available on your iPad or iPhone. 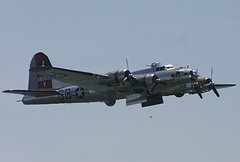