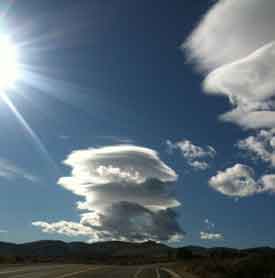 I find aviation-oriented articles on the Internet every day that I think some of you might be interested in reading. I decided to make a list as I go through the week and then pass them on to you on Fridays so that you can have an easy reference for places to go online if you find yourself stuck in your tie-down spot.

An article from Flying Magazine.
This is an article by Martha Lunken, published on December 8th on the Flying Magazine website. It recounts stories of her flying over the Christmas holidays and a tradition of hers concerning a particular flying story.

Airline profits generated more from fees than ticket prices.
This is a short article describing the shift in airline profits from ticket prices to the myriad of extra fees that travelers face. It seems that the airlines still are unable to come up with a ticket price that reflects how much it costs to fly a passenger to their destination.

A possible Christmas gift?
This is actually a press release for a company in Nashville, TN, but it is a very good idea for a Christmas gift for any of your friends/relatives who have expressed any kind of interest in aviation. Check the AOPA Learn To Fly website and you can search for a flight school near you. You will also find a link to sign up for a 6-month subscription to Flight Training Magazine (FREE) and access to AOPA’s suite of flight training aids/information – items mentioned in the press release.

A Look at the Models in the Boeing Aircraft Company Archives (Pt 2)
This is an article from the Airline Reporter blog in which the author (David Parker Brown) describes his tour of the Boeing Aircraft archives in Bellevue, WA. He took over 40 photos of the aircraft models stored in the archives and will be posting an article covering his interview of Boeing Historian Michael Lombardi.
This is a link to part 1 of the article – it does not yet link to part 2 Boeing Aircraft Archives, Part 1
And here is a link to the AirlineReporter Flickr account where you can find all 44 of the archives photos. AirlineReporter archive photos

In Case You Needed a Reason to Go Flying
This is a Dec 13th blog entry by Steve on the A Mile of Runway Will Take You Anywhere blog. The article refers to an entry by Lynol Amero on the skywriting forum of Oshkosh365. Amero planned out and flew a GPS track appropriate for the season. (It was easier to link to Steve’s article than to try and direct you far enough down the Oshkosh365 forum page to get to the original article.) Link to Oshkosh365 skywriting forum If you haven’t seen this already you aren’t visiting enough aviation sites.

Legislation providing veterans with new financial aid for flight training was on its way to President Barack Obama for signing following an overwhelming vote of approval Dec. 17 in the House of Representatives.

The Best and Worst in Flight training for 2010

This is another article from AOPA, this time their Flight Training Blog, where they recount their opinion of the best and worst items that appeared in the AOPA ePilot Flight Training edition.

This is a press release concerning a study conducted by the University College of London. They came to the conclusion that fighter pilot’s brains are wired differently from us ‘normal’ people. That’s pretty obvious after a couple of hours in a bar with one of them. We now apparently have medical evidence.