And a happy Friday the 13th to all of you. I hope you all made it through the day with a minimum of scars. 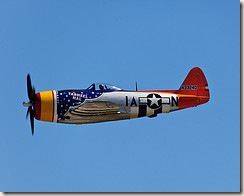 It flies like a Cub, but different.
This is from the online edition of General Aviation News. David Nixon recently purchased a 1941 Piper J-5A Cub Coupe. This is the story of getting his ‘new’ plane back to his home field in Hubbard, OR. Fine folks and fun flying.

This guy has some stories to tell.
This is from The Daily Record in Wooster, OH. Bob McCarter is one of our ‘Greatest Generation” survivors at age 88. He was taught to fly by Roscoe Turner and had his pilot’s license at age 14 (1937). He went on to be an enlisted Naval Aviator. The article relates several of his experiences and also includes about a 12-minute video interview. Well worth your time.

Another chapter from Richard Taylor
This is another of AVweb’s  Skywritings articles, just in case you missed it. Avweb has been publishing Richard Taylor’s memoirs for some time now. This one is dated back in the first part of December and covers Taylor’s 1956 ‘visit’ to Randolph AFB in San Antonio, TX for advanced flight training. The article has some nice archive photos of the B-29. .

A ‘Jug’ pilot reminisces
This is from the Muncie, IN Star Press. Bud Robertson enlisted in the Army Air Force Reserve when he was 21 years old. Before long he found himself flying P-47s in France. He talks with the author about some of his experiences. It looks like the Star Press is going to make this a weekly column, named Freedom’s Faces, to honor our rapidly dwindling WWII veterans. A nice effort.

Wouldn’t it be nice if we all flew from airports like this?
This is from Sonoma, CA, just north of the San Francisco Bay area. I have several friends at this airport, one who is mentioned in the article. This is a true general aviation airport.