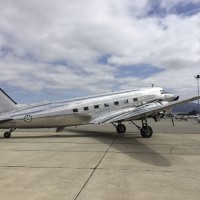 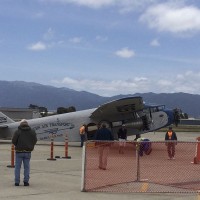 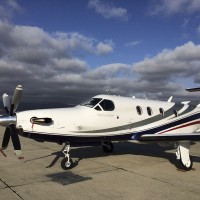 My logbook says that I haven’t had the Swift in the air since April 12th. That’s not something I like to do, but I made the choices to not when I could have at least flown the pattern a few times. I spent 2-3 of my free weekends polishing the plane – sort of a Spring cleaning. The idea was to have it looking nice for the AOPA regional fly-in this past weekend in Salinas, CA (KSNS). Best laid plans.

By Wednesday of last week it was obvious that it would not be a good time to go flying from here to there. I cancelled my rental car and decided to drive down. It took me about 5.5 hours each way – I drive at the posted speed limit and make everybody else drive around me. On the way down to Salinas I drove through rain, then snow with 1/2 mile visibility as I got to the top of Donner Pass on I-80. On the way back home it was just rain, heavy at times, as I cleared the pass eastbound.

The weather at Salinas was generally overcast to broken and varying from 1500′ to 2800′ for most of the weekend. Around 11 am or so on Saturday it broke up enough to let quite a few planes in VFR. I would guess that even with the low clouds they had 100-150 planes fly in but I don’t think many of them made it for the pancake breakfast that ended at 10am.

All in all it was a fun weekend with seminars, good food and a large tent of vendors. The Friday night BBQ was a nice addition.  I highly recommend that you see Brian Terwilliger’s new movie Living in the Age of Airplanes. It is an excellent film that reminds you just how special flight in any type of airplane really is – something that the majority of us, pilots and non-pilots, tend to take for granted. Consider this…

The first revenue flight of a Boeing 747 (Pan Am) was Jan 22, 1970. Assume that it took 5 years for the 747 to be in wide use by airlines around the world. Then there is a very good chance that if you were born after 1975 there has been a 747 in the air somewhere around the world every minute that you have been alive.

There were a lot of other planes at Salinas that probably deserved their own photos, but I only took three – looking at them now they span a pretty long period of aviation.

It was a fun event, as was the one I attended last year. Again, I recommend that if there is an AOPA Regional event near you, try to attend. You’ll learn something, meet a lot of aviators from your area and have a chance to talk on-on-one with people like Rod Machado, Mark Baker, Tom Haines, Melissa Rudinger and your AOPA Regional representative.