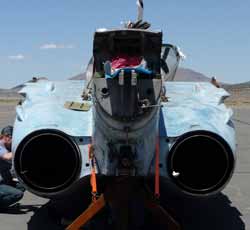 "We have no effective screening methods to make sure pilots are sane."