We’re Finally Getting an Average Winter 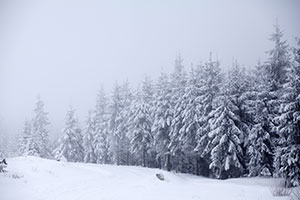 Today I was supposed to be on the west side of the mountains at a Swift formation practice day. It had been planned for a week or so but the entity in charge of the weather up here in the mountains apparently didn’t get the memo.

Things didn’t look so bad when I got up this morning – other than the temperature of 22 Deg (F). Ninety minutes of preheating with my home-made preheating rig could have taken care of the engine start. But the forecast for the local area just didn’t look that firm. There were too many little things that could make a flight to California for a few hours turn into a 3-day ‘vacation.’ So, I sent my regrets and stayed home to do some computer work.

The winds tomorrow are forecast to be gusting to 50-60 MPH on the valley floor with heavy snow in the mountains.

We seem to be getting a steady stream of storms this year. Maybe some of the lakes and reservoirs will fill up again – I’m sure the folks in western Oregon would appreciate it if we took some of the storm load away from them.

The closest I got to flying this week was an FAA Safety Meeting on Tuesday night. They covered winter operations and survival. Pretty good timing.

I have a couple of magazines to read (AOPA and Flying) so I guess that will be my ‘fix’ for this weekend. Only two more weekends left in the year. Are you planning on flying in 3 weeks – the right way to start the year off? Weather-permitting I will be…

A Late Report on a January Flight