Variety at the Airport 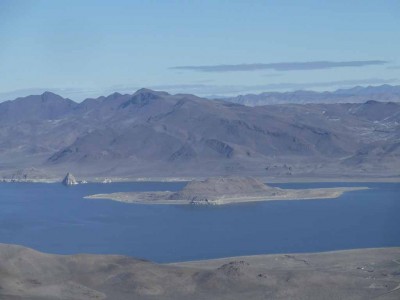 It was another beautiful day for flying – calm and cool – and lots of people were taking advantage of the opportunity.  When I was in the run-up area an RV-6A had just departed, a Decathlon made a full stop,  a Cessna SkyWagon was on downwind and an L-39 was doing a touch-and-go. When I came back a C-182 entered the pattern behind me and after I cleared the runway I passed a Cherokee 140, an Extra 300 and an Ultralight headed for the runway.  Fun times in the traffic pattern for an uncontrolled airport.

My plan for today was to try to find an Airway Beacon that was supposed to be out near Fernley, NV. I had entered the coordinates as a user waypoint in my Foreflight database, made a short route that avoided the Reno Class C area and went searching.  I headed NE from Stead and flew down the SW shore of Pyramid Lake. The water level in the lake has really gone down the past few years. I have only lived in the area for about 12 years, but I can remember just seeing the tops of the peaks on the island visible above the water.  Closer to the eastern shore and visible to the left of the island is the pyramid-shaped rock formation that gave the lake its name. The lake and the area surrounding it are part of a Paiute Indian reservation.  According to Wikipedia the lake was stand-in for the Sea of Galilee in the 1965 film, The Greatest Story Ever Told.  It is fed by the Truckee River (outflow from Lake Tahoe) and has no outflow.  The reduction in water lever is due only to evaporation. 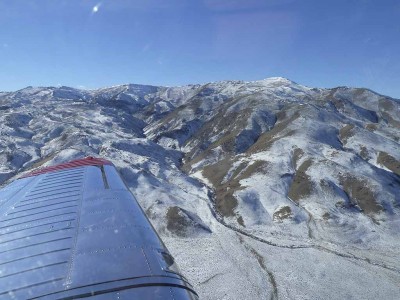 Eastern side of the Pyramid Range to the SW of Pyramid Lake.

There was a series of articles floating around the internet a while back about the big concrete arrows that early mail pilot used to navigate across the country. There were also, as part of those airways, beacon lights on towers so that the pilots could continue on the courses at night.  I wrote a little about Airway Beacons in an article after visiting the Oregon Aviation History Center at Cottage Grove Airport in July of 2012.  It appears from several articles that I have seen that the arrows were found at the location of the beacons. This site shows the relationship of the arrows to the airway beacons.  Hikers often run across the markers and, unless they also have an aviation background, often have no idea what they have found. This site has a listing of the locations of some of the airway beacon sites across the country.

I flew right to the coordinates listed on the survey but did not recognize anything that looked like a beacon site. After looking at a few more of these websites I may just go back and look again and take some photos from above so I can look closer when I get back. The site that I had marked is right along the side of a 4-lane divided highway and is the location of a new highway interchange leading to an industrial park. ‘Progress’ may have erased the location.

Whether I found the beacon or not, it was still a great day to be flying. 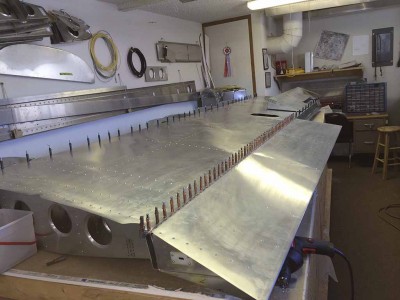 The holiday season, family visits and general down time have slowed progress on the EAA Young Eagles aircraft project. We did some cleaning up this week and got the lower skin pre-drilled holes to line up with the main and rear spar holes, then used clecos to tie everything together. The control surfaces have already been completed, so we were able to insert the piano hinge for the flap between the spar and outer skin and then drill pilot holes. We inserted clecos into the pilot holes to make sure nothing moved and then re-drilled all of the holes to final size. 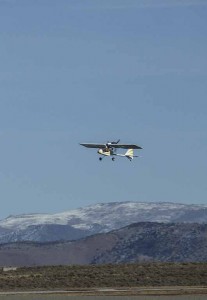 Ultra-Light in the traffic pattern. 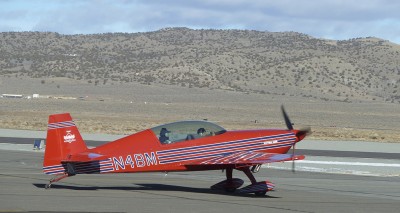 Extra 300 headed for the runway. (If you look at the large version you’ll see the person in the front seat is operating a video camera.)