Still Flying After All These Years

Yes, I’m still flying and trying to do it more regularly lately. For the past year or two I have been tied up with a website design business I started – trying to supplement the retirement income a bit. I’ve been semi-successful, but I’m really more interested in airplanes and flying.

I got up in the air for an hour yesterday. The Swift I have now has aux. fuel tanks in the outer wings to supplement the standard main tanks of the Swift. They complicate the fuel system operation a bit since you must select the right, main or left tank to feed the engine while the standard arrangement with only a main tank is either on or off.  You also have to be aware that the Continental fuel injection system moves more fuel to the engine than it needs and returns the excess to the main fuel tank. This means you have to run the main tank down to about a half tank before starting to burn from one of the aux tanks. If you forget that part you end up pumping fuel overboard through the fuel vent system.  That plays havok with your flight planning, gas mileage and screws up your polish/paint job (the main tank fuel vent is on the top of the fuselage).

I had never run one  the tanks dry to see the tank indications and was near that point on both wing tanks so I decided that was going to be my project for the flight yesterday.  As the tank fuel quantity indicator neared the big E I started watching my fuel flow indicator (JPI Fuel Scan 450).  When I saw the fuel flow drop by 1 gph I switched to the main tank and put the electric fuel pump on low until the fuel flow returned to my cruise value. The engine never stumbled as though it was running out of fuel. After fling for a couple of minutes on the main tank I switched to the other aux tank and went through the same drill.

No I know just how far to the left the fuel quantity gauge needle will go and know that I can run the aux tanks dry without causing a heart attack with a passenger.

If I was really sharp I’d now go out to the airport and open the tank drain valve to find out what fuel remains in the tank (not including the fuel line from the tank to the fuel sump. There is always a little unusable fuel in a tank because the  tank outlet is rarely at the lowest point in the tank. That location is usually reserved for the tank drain so you can get rid of all those undesirable things that find their way to the lowest point in the tank – water, tank grunge, etc.

I received an email from a reader today with an update on the Perlan Project. I wrote an article about the Perlan Project back in April of 2012. The Project is currently trying to generate funding through the IndieGoGo system of crowd-sourcing.  Their project write-up contains a wealth of the latest efforts by the project members. take a look at http://www.indiegogo.com/projects/perlan-mission-ii-soaring-a-glider-to-90-000-feet 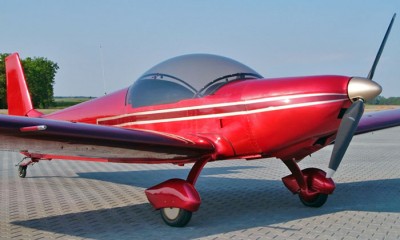 Lately I have been spending my Saturday mornings (and part of the afternoons) at the EAA Chapter 403 building on the Carson City Airport (KCXP) helping out with a Young Eagles project. The chapter had a partially completed aircraft kit donated to the Young Eagles effort. A small group of kids is learning about aircraft construction methods and procedures as they put the aircraft together. They are working on a Zenith Zodiac 601XL, taildragger version.

So far they are working on the left wing and making slow progress, as expected.