Sightseeing with a New Friend 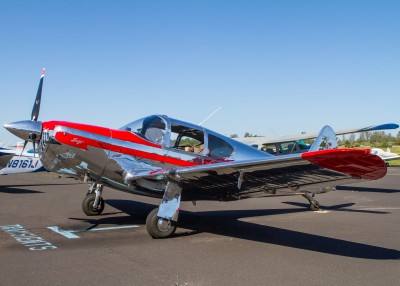 Last month (Mar 2016) I had the opportunity to take a new friend for a flight in the Swift. He lives near Auburn, CA so I flew down there and met him.

We talked about the flight for a while and then got ready to go. Ron had not been in a small plane in years and was enthusiastic about the flight. He had his camera so this would be a photo flight. We took off from Auburn and flew my standard IFR (Interstate 80) route back toward Reno. We circled around the north end of Lake Tahoe and Incline Village. Unfortunately it was a bit hazy over the Lake that day but it was still a beautiful view. 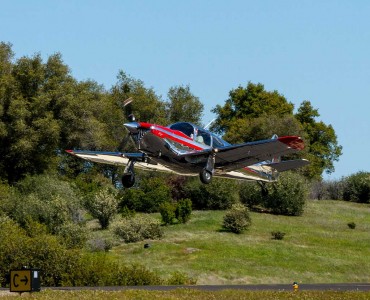 The Swift on Departure from Auburn.

Then we made our way back to the Auburn area found his house between Auburn and Grass Valley and circled there for a bit before returning to the Auburn traffic pattern.

The scenic flight was about 1:15 total time. Then we sat down for lunch at the airport restaurant (Wings Grill) and talked about the flight and flying in general.

Now we’re trying to come up with a good time between our series of Spring storms out here to schedule another flight that will concentrate more on flying than photography.  We’ll be filling out the appropriate paperwork and designating it as an EAA Eagle Flight.  I’m looking forward to it.

To top it all off, it was a beautiful flight back over the hill to Reno.

[Photos are courtesy of Ron Arnall.]

A Late Report on a January Flight

A Visit to the Reno Aviation Museum