Today was another day spent mostly in the hangar. There has been a lot of interest shown in the Champ project that we have for sale. That meant that I spent a lot of time answering questions and watching people inspect what we have on display.

I did venture out a couple of times for unlimited heat races – you can’t ignore the sound of those big engines screaming around the course.  The gold heat was won easily by Strega – who slowed down to about 415 mph on the last lap (still averaging 465 mph) , a speed that was easier on the engine yet fast enough to stay ahead of Voodoo. Third place went to RareBear.  Oops, I just checked the race results on the web site and it indicates that Voodoo cut a pylon on the first lap. The penalty moved him down to third with RareBear taking second.

There is a weather system pushing in from the coast that picked up the winds this afternoon. The temperatures still remained in the mid-80s but that is supposed to change with Sunday’s high only in the mid 70s. That’s actually pretty good for Reno in September. Not too many years ago it snowed during race week. When people from out of the area ask me what they should bring in the way of clothes when they attend the races I suggest shorts and a parka. You just never know.

Here are more of the photos I took yesterday – mostly shots of what the pit areas look like, this time concentrating on the T-6, Biplane and Formula One pits. At the end there are a couple of commercial exhibit shots – Lancair has their Evolution on display and Alan Klapmeier’s new project, the Kestrel is also on display. The last photo is an in-trail shot of a P&W R-3350 an engine vendor has for sale. 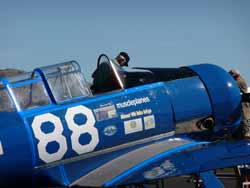 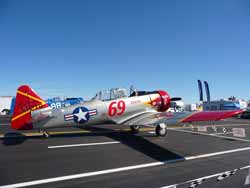 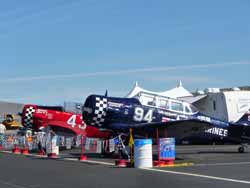 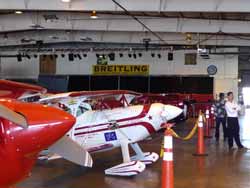 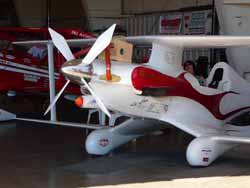 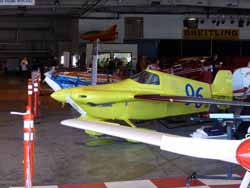 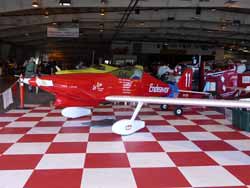 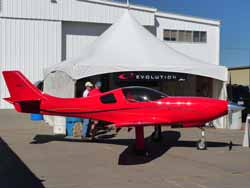 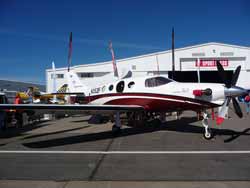 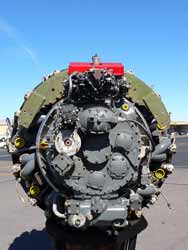