A few things have been conspiring to keep me on the ground lately, not the least of which is the 100 degree (F) heat we have been having lately. Then we had several planning sessions and an EAA Chapter Young Eagles Rally a week ago.  The Chapter managed to fly 74 kids from the Reno-Stead area. It was a fun but busy day.

I did manage to get into the air on June 12th in between formation sessions. Mid-June was the 2016 Pylon Racing School (PRS) preceded by FAST training (Formation and Safety Training). Racers at Reno must hold a FAST card saying they are qualified formation pilots before they can participate in Pylon Racing School. When they graduate from PRS they can then race in the National Championship Air Races in September. There were about a dozen jets and 40-50 Sport Class planes going through the FAST sessions. During the FAST sessions there are no restrictions at the Reno-Stead Airport, merely more than usual  traffic in the area – and traffic using overhead traffic patterns. During PRS there is a TFR in place over the airport and tenants are restricted to specific departure/arrival periods and only with prior permission.

I braved the traffic on the 12th because it had been designated Swift World Domination Day. This is the second time that the Swift group has held a ‘Domination Day’. The effort is to try and get as many Swifts into the air around the world as possible in a single day. One individual in the group receives flight information from all the participants and then correlates the times to get a grand total and to see how many aircraft were in the air at the same time. Results will be published on the Swift Museum Foundation website. I can’t imagine how much work it is to correlate everything.

Anyway, the 12th was a really nice day for flying. Clear skies and light winds, as you can see from the photos. Now I’m in the middle of an annual inspection so it might be a bit before I get up again. I’m hoping I can put in enough time to finish the inspection by the middle of July since I plan to head to Wisconsin for EAA AirVenture this year. I think the last time I attended was 1980, just before I moved out to the West Coast. Should be fun. 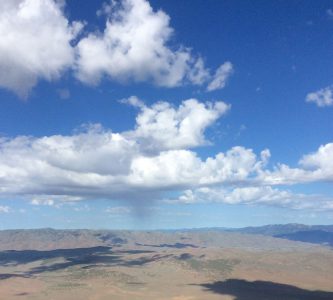 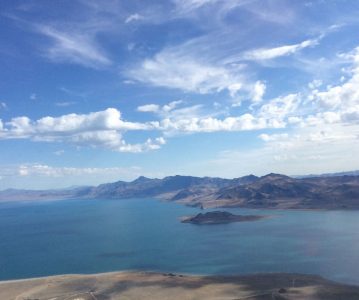 Pyramid Lake looking like the water level is trying to get back to normal – looking NE. 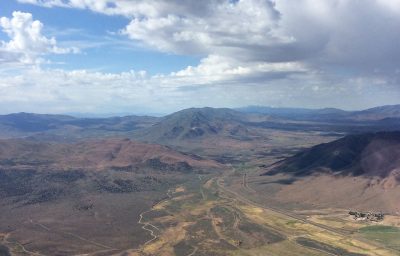 That is Fred’s Mountain in the middle of the photo, looking SE with Reno-Stead down the valley to the right.

Good Weather and a Nice Visit