Flying is Still Fun, I Just Haven’t Been Doing Much Lately

I’m sure that you have noticed that the last article I published here was at the end of January. Unfortunately I still haven’t had the Swift back in the air. According to my logbook the last flight I had in the Swift was June 12th of last year. Even without looking at the regs I believe I’m safe in saying that my landing currency has expired.

I have been up a couple of times in a Piper PA-28-180, logged some time (20 minutes) at the controls of EAA’s Ford Trimotor and about a half hour in an AATD but that has been the extent of my flying.

I mentioned the weather here in Reno in that last article – no change. It was the most precipitation ever recorded up here. All of our lakes and reservoirs are full and we have a lake or two where there were none in decades. This weekend we have flood watches on a couple of local rivers because the higher temperatures are no melting our record snowfalls. The snow-melt runoff is causing the rivers to run way higher and faster than normal.

In the Swift department, I finally got my overhauled prop installed on the plane in early March. The biggest hold-up was finding a break in the weather when I could drive over the Sierras and back to go get the prop. I have never see Interstate 80 closed so many different times in one winter. Then on one of the last checks of the fuel system to complete the annual the fuel pump developed a major leak. That required taking the pump off and having it overhauled. That is back on and checked and about two weeks ago, after setting the fuel injection pressures on the re-installed pump, the annual inspection was finally completed.

That made the plane airworthy and I moved to the next project – getting me airworthy. My FAA Class III physical had expired. I had elected not to renew it since I didn’t have a plane to fly and I knew that BasicMed was going into effect soon. Now that the plane was ready and I had that medical renewal option. I chose to renew my medical through the BasicMed process. I no longer do any flying that would require a Class II or III, so I figured why not use a method that gets me qualified for four years instead of two? I completed that step earlier this week.

Now I am waiting for my CFI’s plane to get out of annual so I can renew my Flight Review – which also had expired during this extended down time.

So, we’re getting close. 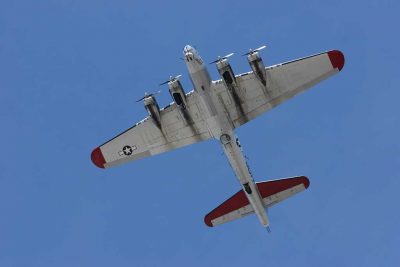 In the meantime, last November(2016) our EAA Chapter hosted EAA’s Ford Trimotor at the Reno-Stead Airport (KRTS) and at the end of April we hosted EAA’s Boeing B-17G on it’s tour. Both were major efforts on the part of our small but growing Chapter and were hugely successful. In March we had a noted aviation historian and author give a presentation on the development of fighter warfare during WWI and in May we had the Director of Research and Development for Scaled Composites give a presentation on the programs they have completed and currently have in progress. In mid-June we will have our large Young Eagles event/pancake breakfast.

As Chapter president all these activities are keeping me busy even with the excellent group of Chapter volunteers that we have attracted.

Last month I made the trek (yeah, drove) down to Camarillo, CA (KCMO) and enjoyed the AOPA Regional Fly-in. On Friday I took their IFR Refresher to see what they had to say. In general it was a good review though the day started out a bit slow. After the first break the speakers were advised that the pace was a bit slow and they were sharp enough to change their planned presentation to meet the needs of the group. It was the first time that the all-day workshops had been presented so there was some learning taking place on both sides. I think that they expected the audience to be more of a Rusty Pilot group considering getting back into instrument flying. At my table of 8 pilots, the average flying experience was about 40 years and most were current and routinely flying in IMC. They were just looking for a good review and and update on any recent changes in IFR procedures.

The Saturday presentations that I attended were excellent as was the Town Hall meeting held by Mark Baker and his staff. 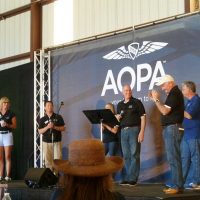 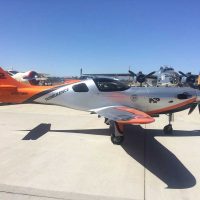 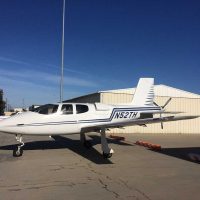 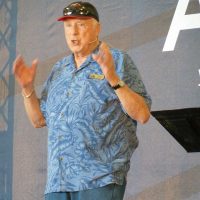 With a bit of luck and some concerted practice I’ll have some in-flight photos from the Swift to share soon. Now that the weather has turned nice there is a bit more urgency in completing this last step in the currency process.