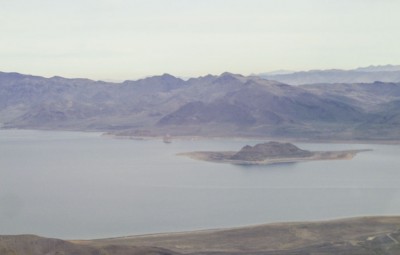 Northern Nevada’s Pyramid Lake – at normal water levels only the tops of the island peaks are visible.

We’re finally getting some much-needed precipitation up here in the mountains. Several of the ski resorts are open for business with a good start on their snow pack and we have a couple more days of storms on the way in from the coast. There was a break in the weather last weekend, so I decided to go get some airplane exercise.

I got to the hangar about 9 am, plugged in my engine pre-heater and then decided to spend some time in the pilot lounge of the new airport terminal/operations center. There were two pilots in there when I arrived sitting at a briefing table with all sorts of charts and manuals spread out. It turned out to be some ground training for an instrument instructor student. He and his instructor were going over all the chart symbols for an airport entry in the Airport Facility Directory (A/FD).  I heard them asking someone on the phone about some A/FD annotations that were unfamiliar to them. I happened to know the answer so I offered some input. Then they asked how I happened to know – it was just one of those pieces of trivia that was presented in a class some time that I remembered – the weight-bearing capacity of a runway depending upon the landing gear configuration (S, D, 2S, 2T, AUW, SWL, etc. – Check the A/FD Legend here).  They had another question that stumped me until the next day when I did the old forehead slap…  In the top right corner of the airport entry in the A/FD, in this case for Reno-Stead (KRTS) is the annotation

The legend says that this is where the sectional, high and low altitude instrument charts are listed where KRTS can be found. Then IAP means there are Instrument Approach Procedures available at the airport (AD means it has an Airport Diagram, DIAP means it has a DoD IAP = military: see KSUU). 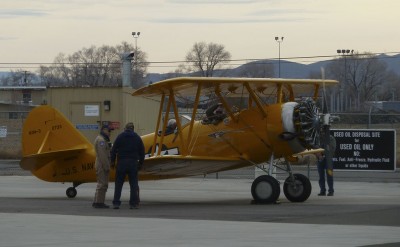 The CAF N3N getting ready for a cold morning flight.

When I got back to the Hangar to pull the plane out I noticed that the CAF guys were doing some flights in their Naval Aircraft Factory N3N. Their plane was sitting in the wash rack area while they (snow)suited up and got into the cockpits. I opened my hangar and got ready to pull the Swift out but then waited and watched until the N3N  started and taxied out toward the runway. 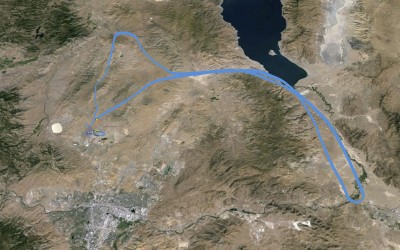 Foreflight track of a local flight near Reno, NV.

I had called my friend who lives down south of Minden to see if he was available for lunch – that would have given me a destination for the flight – but he was about to drive up to Reno for a meeting so there wasn’t much reason to fly down there.  I decided to just go wander around the area for a while.

It was a nice smooth flight – just a few small bumps when I flew close to the eastern side of any of the mountain ranges.  I flew over to Pyramid Lake, then south down that valley until I got to Interstate 80 just west of Fernley, NV where I turned around and flew back. As I got back into radio range of Stead at my altitude (not very high) I heard that there were two planes in the pattern and two move converging on the pattern from different directions. 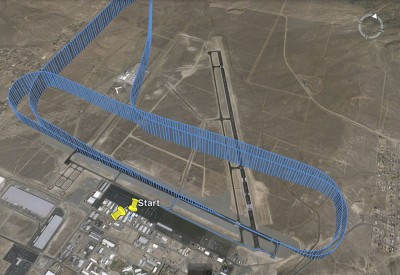 Foreflight track of traffic pattern departure and arrival at KRTS.

Rather than complicate the situation any more I turned north and did a little more sightseeing until the traffic cleared out. Three of the planes made full-stop landings and as I called on my 45 to downwind the last of the planes did a touch-and-go and left the area to go back to the commercial airport (KRNO). Since I was alone in the pattern I did a touch-and-go and then a full stop just for fun. The flight schools at KRNO often fly up to Stead to do their traffic pattern training – and to get uncontrolled airport experience. It can occasionally make the pattern a bit ‘messy’ but Stead is a big beautiful airport and deserves to be used.

The weather guessers were pretty close on their predictions for the big storm this week. yesterday we had record-setting winds in the area. Our neighborhood clocked gusts to 70 mph and the top of one of the ski hills recorded 145 mph. Unfortunately the rain/snow didn’t do much in the valley and the ski resorts are showing only a couple of feet of new snow. Sounds like most of the precipitation fell in California as rain – and lots of it.