Back in the air again 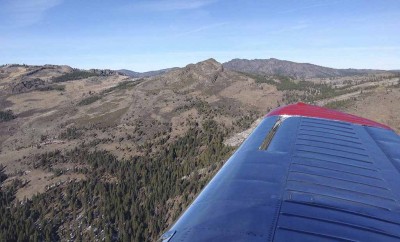 I finally found enough time over the July 4th weekend to finish my part of the annual inspection and arranged to have the Inspector come out to the hangar and pass judgement on the condition of the plane. All went well and the paperwork was completed, making it legal for me to use the airplane again to commit aviation.

As the calendar would have it, the following weekend was a Young Eagles event for one of the local EAA Chapters. I work as ground crew for the events, so I didn’t have the Swift there.

There were only 3 planes available to conduct the flights and 36 kids received rides. Each of the planes was capable of taking 3 kids at a time. As a pilot, four flights take time and they can drain your energy, especially on a hot day.

Two previous Young Eagle participants were there and working hard during the event in hope of getting another ride. Unfortunately time ran out for them (they were last in line for a repeat flight experience). Both were family members of the Chapter Young Eagle Coordinator (you get ‘volunteers’ wherever you can) so I took her aside and said that if she was willing to drive the kids to the Stead airport the next morning I’d give them a ride in the Swift.

I ended up giving three rides that day. Everyone seemed to enjoy themselves. The whole family showed up at the hangar and hung out there while we were flying. There was quite a bit going on at the airport that day – a nice weekend after a couple of weeks of stormy days. The CAP summer encampment held in the old AF barracks on the east end of the airport had their graduation – with a parade and awards held in front of the permanent Air Race grandstands and there were planes coming and going all morning – everything from an ultralight single to a Diamond twin. And it looked like a crew was prepping a MIG-21 for flight.

I ended up logging about 1.5 hours total and had a fun time. The plane ran fine and I renewed my landing currency again. Can’t ask for more than that…

If you have never flown as a Young Eagle pilot, I would highly recommend that you find a local EAA Chapter, join EAA and give it a try – pay it forward.

Sitting in Cockpits a Long Time