I haven’t flown yet this week but last week I got some cross-country practice. I had arranged with another pilot based at Reno-Stead to fly a formation flight to the lowlands of Northern California.

The Legends of Flight and Jimmy Doolittle Center host a pancake breakfast at the Nut Tree Airport (KVCB) on the last Saturday of the month. We decided to take advantage of forecast good weather and fly down for breakfast.

As usual, things don’t always go according to plan. My friend logged another aviation first for him by forgetting to turn off his master switch at the completion of his last flight. There wasn’t enough power left in the battery to even light up an instrument panel light. So, I had a passenger…

It was a really nice flight, 1.1 hours each way thanks to going downhill westbound and a slight tailwind eastbound. I had mentioned our plan to attend the breakfast when speaking to another West Coast Swift owner earlier in the week. He then passed around the reminder of the monthly event to other Swift owners. The result was a very mini Swift fly-in with three planes in attendance – not bad for a no-notice event. It was obvious once in the Vacaville area that pretty much anything west of there was under a solid cloud layer – the sometimes very persistent marine layer that moves inland from the coast at night. Most of the other Northern CA Swifts are based in the area that was under the clouds.

It was a fun flight and the plane ran great. I had forgotten just how much power it has down at sea level. Being based at an airport with a field elevation of 5000′ gives you a different perspective on power available. Just about anywhere else that I fly will result in more power available on takeoff. Most pilots have the opposite experience – flying to high-elevation destinations and then not having the experience of how their aircraft will perform. I just have to remember NOT to lean the mixture for best power on departure. 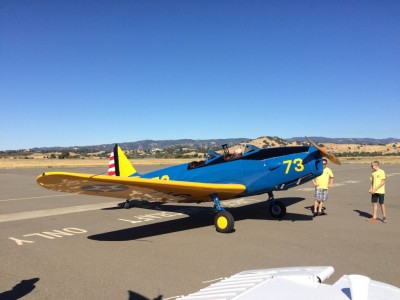 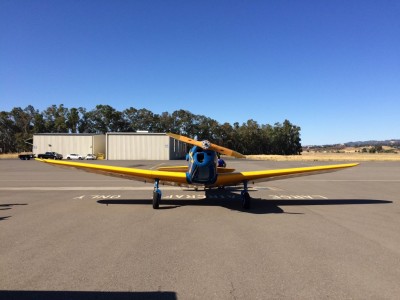 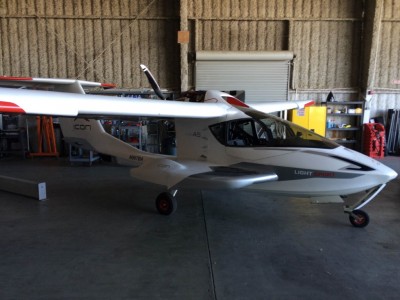 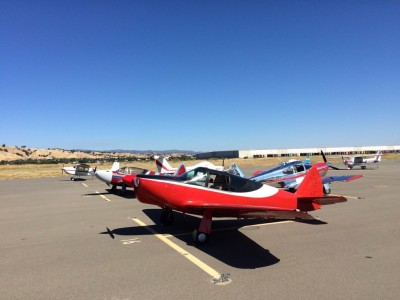 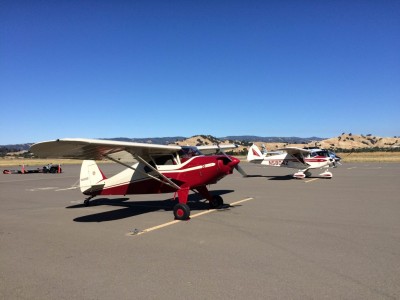 Sitting in Cockpits a Long Time