Away from home on a holiday. It’s the norm rather than the exception for the average airline pilot. Seniority rules the monthly bidding process, and no matter how long you have been with the same employer, if you bid to a senior seat on a senior airplane that flies out of a senior base, you will probably find yourself out on the road for the major holidays. 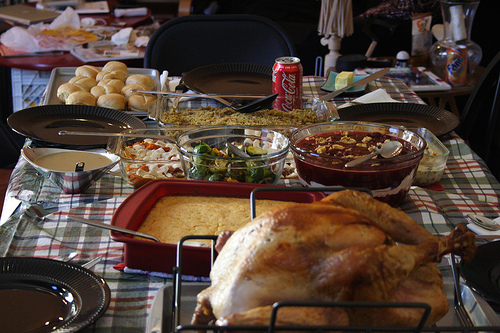 That is why I found myself preflighting my side of the cockpit on Thanksgiving Day morning in preparation for a nearly 12-hr flight from the U.S. West Coast to Japan. We were leaving beautiful weather and turkey-laden dinner tables to fly into what was predicted to be howling winds, moderate turbulence and landing crosswinds very close to the limits for our airplane.

I drew the straw that provided me with the opportunity to make the takeoff. Today our weight was right at 825,000 lbs. and we seemed to roll forever before the V1 call was made, followed shortly thereafter by the command to rotate. The book says that we could stop if we stomped on the brakes as we reached V1, but it never looks like there is enough runway to me. Luckily I’ve never had to make a near-V1 abort outside of a simulator.

We ‘coasted out’ just north of San Francisco, meaning we made our turn to the northwest and out over the Pacific at that point, flying to latitude/longitude coordinates rather than named navigation points. As we progressed west all of the turbulence warning areas that our meteorology department had sent to us with the preflight paperwork were canceled, indicating that previous flights had not reported the forecast turbulence. We turned off the seatbelt sign and continued westward, climbing as our weight decreased, thankful for the unexpected smooth ride.

Our navigation display has a nice little wind arrow in the top left of the screen. It had been pointing out of the northwest, on our nose, but slowly rotated around to show winds out of the southwest, directly across our course. Much better than a headwind, but certainly not a helping tailwind. Our enroute crosswind continued to get stronger until it reached it’s peak of 185 knots, then slowly decreased to a more reasonable 70 knots as we turned southwest toward Japan on our great circle route.

By about three hours into the flight the cabin crew had finished their passenger service and asked if we would care to eat our crew meals. The answer was, of course, yes. About 20 minutes later the meals arrived in all their glory. Actually, today was better than the usual fare. In honor of the holiday, we were given turkey, stuffing, mashed potatoes and mixed veggies, with a dessert of apple pie. It was a nice effort, but processed turkey and canned gravy just didn’t touch the ‘real stuff’ that we would have had at home. But we were thankful, just the same.

We were manned with three pilots for the flight, since it was scheduled to be more than 8 hours long, but less than 12, so we each received an out of cockpit break of just under 4 hours. I worked the first first 2/3 of the flight and had the last break, expecting to return to the cockpit as we began the descent and entered the worst of the forecast turbulence. The forecasts had called for code 3 to 4 turbulence (moderate to severe) along an upper front that we would cross just as we were beginning our descent for landing. Then the terminal forecast was for low clouds, intermittent rain and gusty winds across the runway. The cabin crew was warned and finished their breakfast service early, put everything away and sat down and strapped in for the ride. 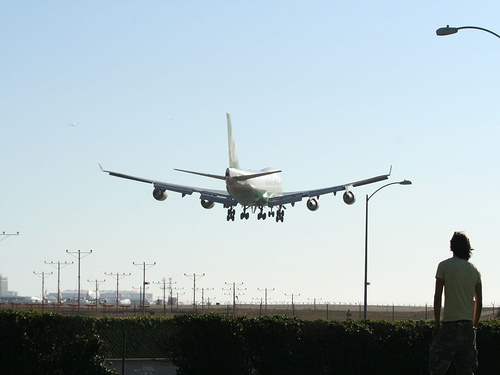 The weather forecasters had a really bad day today, because none of the forecast turbulence materialized. The descent to landing was almost completely smooth. The clouds had moved out of the area for the most part, with scattered to broken conditions prevailing. The tower was calling the surface winds right down the runway at 5-10 knots, very different than we were expecting. Those strong winds were in the area, though. We had a direct crosswind from at 30 knots all the way down final until 1200′ agl when they started dying off and swinging around to blow down the runway.

It’s amazing how many different things you can find to be thankful for on Thanksgiving.