There has been quite a discussion 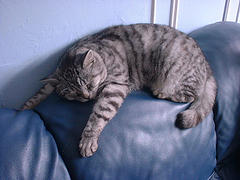 going on over at AvWeb concerning the current series of reports being aired by ABC.  The FAA Administrator has even weighed in on the subject.

It has been a bit over 20 years since I started working for Northwest Airlines, but I can still remember those first few years. The pay during the initial training phase was abysmal even for a major airline – even below the first year pay rate. An ex-flight attendant was arranging lodging for trainees by contracting with apartment complexes to rent unfurnished 2-bedroom units and then renting furniture to put in the units. It was a pretty good deal and splitting the rent 4 ways made the costs bearable. After finishing training I moved into a large house owned by the same individual. There had to be 25 beds located throughout the place. There were almost a dozen people continually in residence since most of us were just out of training and sitting reserve (on call). I moved out of there after about 3 months – just after the police came around looking for the owner. Something about not paying a few bills.

My next ‘pad’ was in another apartment complex. It was a 2-bedroom unit shared with 4 other pilots. I bounced around several of these places for the first 2-3 years with the airline. I finally made it into a commuter pad in a complex across the street from the Mall of America. This place had been in operation since the complex had been built in the 1960s.  I stayed there as a member until the complex was torn down – a result of the north-south runway being built at KMSP.

We had four to six pilots in that unit – two bedrooms with two beds in each. It was rare that we had more pilots than beds for a night since all but one of us were holding a set schedule by then, but it did happen. The last guy to arrive got the living room sofa. I stayed  at this crash pad for about 15 years, even when I was senior enough to hold an international schedule with one trip a month. It was just more comfortable having a familiar place to go. When the light rail system went into operation with it’s terminals at the airport and the Mall you could ride it rather than getting a cab or incurring the costs with keeping a commuter car parked at the airport.

When the complex was torn down I started using a hotel room. I always commuted to my assigned base the day before a trip was to leave. I just didn’t want the added stress of trying to commute the same day as a trip started – especially when that first leg was 10-12 hours long.  Living on the west coast and flying out of the central time zone usually made that same-day commute impossible anyway.

The first-year pay rate for a First Officer at one major airline is a bit over $56/hr no matter what airplane is being flown. The second year rate for a  mainline jet (DC-9/MD-88) raises that rate to about $76/hr. If the pilot is on reserve the guarantee is 70 hours of flight pay per month. (If you fly more hours you will get higher pay.)  Subtract from that amount all of our usual taxes and you get about 35-45,000 a year. Then subtract union dues, insurance premiums, education loans, flight school loans, car payments, etc., etc. The exposé that was run referred to regional airline pilots – who are paid a fraction of the pay rate of the major airlines. Do you still wonder why entry-level pilots are using crash pads and lounges to get some sleep?

Yes, there’s nothing that says you can’t move to where you are based and live there – if you can afford to move your belongings to the new location and set up a home. There are reasons why certain domiciles are junior (the pilot bases with the lowest seniority pilots). Those places either have too high a cost of living or they are in locations where you wouldn’t want to live unless you grew up there.

One of the few remaining perks of being an airline crew member is the ability to live where you want without much regard to where your flying is based. Commuting to work in another part of the country adds a day or two to each trip that you fly, but it gives needed stability to your family.

The media is in the business of selling papers and commercial time. They will sensationalize whatever they can if it will accomplish that goal. The use of crash pads and sleeping lounges to catch some needed rest is not going to change. There will still be five-flight days that start early and finish late. And the long work day will be followed by a 10-hour layover that starts when the aircraft door opens that night to off-load the passengers and stops when it closes for the next morning’s flight. There will still be pilots commuting across the country to go to work so that their families can live in a stable location that they an afford.

Pilot crash pads will always be part of the ‘airline pilot experience’. The only difference that you will find is the quality of the quarters. And that is directly related to the level of experience (read pay rate) of the pilots occupying them.