You have probably heard that seniority is everything in the airline pilot business (or flight attendants, for that matter). 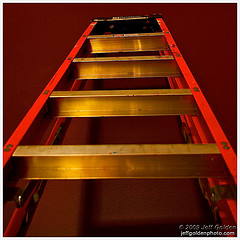 An airline pilot’s date of hire with his company determines how he will live throughout his airline career. It’s probably one of the few professions where your ability to do your job has very little to do with your advancement.

You are given a seniority number based upon your date of hire and your age in relation to the other individuals in your new-hire class. The older you are the higher your seniority within the class.

Seniority begins to effect your progress immediately – the check rides during training will be scheduled by seniority unless there are circumstances that delay your training ( mx, sickness, etc.).

Once you finish training the seniority number really kicks in.  When position vacancies are announced they are filled by your recorded preferences – in company seniority order. Each month you bid for your monthly schedule – by your seniority in your airplane, seat and base. When you get your vacation days each year (and how many you get) is based on your seniority.

The seniority number you receive when you start training will be adjusted up a few times each year as pilots retire or otherwise leave the airline. The only time you will lose seniority is in a merger – depending upon the way that the merging of the two pilot groups is accomplished. Since seniority determines so much of a pilot’s life the merging of that list is a very big deal. There are lots of ill feeling lying just below the surface with the Delta and ex-Northwest pilots. I am aware of one set of brothers, one ex-Northwest the other hired at Delta 6-months after he started at Northwest. The Delta brother is now about 1000 numbers senior to the  ex-Northwest brother as a result of the way that the lists were merged. Yes, there are hard feelings there. I was competing for positions with pilots hired two years after me.

The only time that seniority takes a back seat is when a pilot seeks a position as something other than a line pilot. Positions such as simulator instructor or training management or a management pilot position such as chief pilot would be in this category. These positions often require personal interviews and a subjective evaluation by the interviewer of whether or not the individual will ‘fit in’ or follow the company line.

Seniority can be used to fly a lot or to not fly at all. If you are senior in your position you have the ability to bid virtually any trip that you want. If you live near your assigned base and don’t want to fly at all, you can bid a reserve schedule and sit at home on call. Some airlines allow senior pilots to ‘pass’ on a trip assignment as long as a more junior pilot is on call to take the trip. A commenter for a different article on this site mentioned a pilot he knew who did something like this – never flying a trip and maintaining landing currency by going to the simulator every 90 days.

Seniority certainly takes politics and favoritism out of the picture. Does it place the best pilots in the left seat? Not always. Oh, the pilots are all competent and qualified. Seniority won’t save you if you attempt to upgrade to a higher position and don’t possess the flying or management skills to run the aircraft and crew. Blood pressures go up and jobs are on the line when check rides are involved – especially the captain check.

Unless a merger is encountered you will be able to predict with almost certainty where you will be at any given point in your career. The marketing department (who really runs the airline) can screw up your plans by closing and opening pilot bases and moving aircraft bases around the country, but seniority is almost a constant.

I lived with the seniority system for 22 years and always felt that I was in control of my career until the past two years. Mergers do that to you.

Another Problem With Flight Instruction