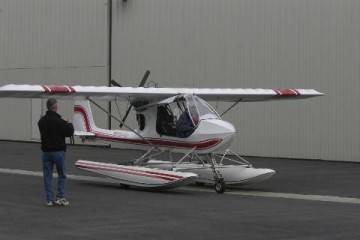 I haven’t posted in a while and don’t plan to have a ‘regular’ post up for a few more days. I have been trying to stay off the internet  for a few days while I prepare for my airline’s annual recurrent training. My session at the training center begins this Monday (April 13th) and concludes, assuming all goes well, on Thursday.  I leave on my next scheduled trip  shortly after that and will provide a post about my experiences as soon as I can.

Thanks for being patient.

Duty Not Including Blogging.

The military seems to have an acronym for everything. If you went to the doctor, better known to military pilots as the flight surgeon, and the doctor said that you were not  in a physical condition suitable for flying you were then placed on DNIF status or Duty Not Including Flying. In the military if you can walk you can work so just because you have a cold or stuffy sinuses it doesn’t mean that you can go home and miss all the fun until you are fit to fly again. I can’t remember any time during my military career when I didn’t have at least one additional duty to perform in addition to my primary job as an aircraft commander, instructor or examiner.  I worked in the safety office, the operations center and standardization along with several other un-titled jobs.  At one point a squadron commander wanted me to get a crew together to go out and paint rocks.  The point is that there are always other things to do when you can’t fly.

In the civilian world instead of additional duties you have life.

END_OF_DOCUMENT_TOKEN_TO_BE_REPLACED

"Any sufficiently advanced technology is indistinguishable from magic."