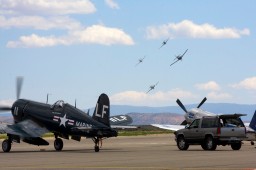 First, if a pilot has never raced in the National Championship Air Races he or she would have to receive their race certification by graduating from the PRS course. Second, even if a pilot is certified to race in a given class of aircraft, if he or she decided to race in a different class of aircraft they must go through the course again in that new aircraft class. An example would be a pilot who is certified to race in the Biplane Class and decides to race a Sport Class aircraft. 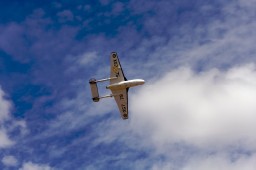 And lastly, even if a pilot has been certified to race in a particular class in the past, if they have not raced in the previous three years, they must attend PRS and be re-certified to race again. You can find more information about signing up to attend PRS at the Reno Air Racing Association website.

This year’s class had 36 pilots in attendance. 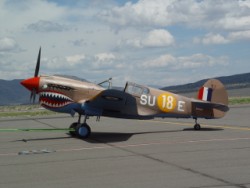 Eleven of the pilots were new certifications, nineteen were currently certified (attending to get more race practice) and six were race instructors. Each day the pilots received briefings on the race rules and procedures and were given time on the race course to practice. They were required to show proficiency  in formation flying and proficiency in various aerobatic maneuvers. Classroom time also provided the new race pilots with tips on negotiating the race course. 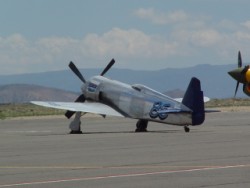 Safety is a priority during the instruction and each pilot was required to perform a ‘mayday pull-up’ from the race course to a landing on one of  the  runways at Stead.  For a rookie biplane pilot’s view of the PRS course you can read about Marilyn Dash’s experiences on her site.

My wife and I were interested bystanders, standing on the edge of the ramp watching the action and taking a few photos. 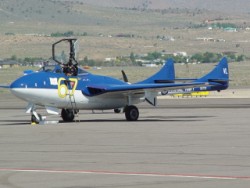 Ron Klutts, a friend of ours who we met on Twitter as @Captain_Ron,  flew his Cessna 172 up from the San Francisco bay area to take in the day’s action. Ron was nice enough to allow me to include a couple of his photos, here. The rest of the shots that he took can be found on Ron’s photo website.