Not too many article links this week, but I did manage to get the Swift in the air again. I have been trying to get together with my friend in the hangar across from me. I had taken him up in the 145-HP Swift I used to have and said I’d show him the difference an extra bit of horsepower makes. We met yesterday morning and flew to Quincy, CA (2O1) for breakfast. 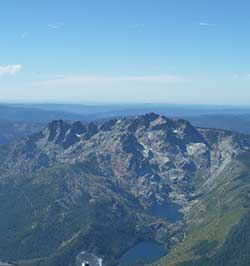 It was a really nice day to fly – clear relatively calm and temperatures in the 70s. When we parked at Quincy we pulled up next to an RV-6A that belongs to another friend of mine. We met him and his neighbor on the walk to the restaurant as they were headed back to the airport.

On the way back to Stead we took a little detour up into the mountains a bit NW of Donner Pass to see a private lake that my friend uses each summer. Very nice place and a great getaway from the work routine. If it was only large enough for a seaplane…..

Pilot turns aviation artifacts into private museum
This is from the Daily Comet of Lafourche Parish, LA. Charlie Hammonds started washing planes when he was 12 years old and has never looked away from aviation since. He has so much aviation memorabilia that he set up a private family museum – private until you call Charlie or his wife and say you’d like to see it… (KHUM is about 35 NM SW of New Orleans, LA)