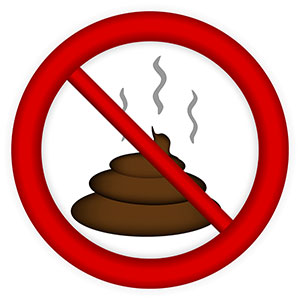 As many of you probably know, a Phenom 100 crashed on approach to the Gaithersburg, MD Monday killing three people on the plane and another three in one of the houses that it hit.

The Washington Post got right on the trending subject and put out an article on their website that would get them as many page-loads (and advertising revenue) as possible while being semi-related to the subject. Their article The Many Reasons Small Planes Crash was obviously a quick survey of the latest Air Safety Institute Nall Report interpreted and “explained”  by a non-pilot reporter. The USA Today “Investigation” was also quoted as a main source of information – an article ripped completely apart by the FAA, AOPA and NTSB for its sensationalism and inaccuracies.

There are currently eight comments to the Washington Post article – most blasting it for the inaccuracies and false conclusions.  A couple of the comments are obviously from people with no knowledge of aviation who just want to see their words in print.

One part of the article was particularly onerous to me:

There are several reasons the risks are higher with small planes. For one, they are piloted by people who don’t fly planes for a living. The rules are looser for amateur pilots, who don’t have to log as many flight hours to be certified. Small planes also land at small airports that may not even have paved runways.

Yes, higher certificate levels require more experience. That is because the higher certificates may be used in commercial operations where the pilot is being paid to transport good or people. It is the same philosophy that the government uses to certificate bus drivers and truck drivers – more training is required to be paid as a professional.

The Washington Post reporter cited the statistic that in 2012 a total of 440 people died in General Aviation accidents (all non-airline operations). Yes, that is too many and the aviation industry has active initiatives attempting to reduce the accident rate. Why did the reporter even bring up the number? Because very few people know anything about aviation. There are roughly 316 million people in the United States but only about 600,000 are certificated pilots. That makes aviation an excellent target for sensationalism – you can say just about anything you want and few people will know whether or not it is a valid statement or conclusion.  Contrast that with approximately 210 million licensed drivers in the United States. ‘Everybody’ knows how to drive, it’s common-place.  And every year since 2007 over 300,000 people have died in auto accidents – averaged out that is over 800 deaths on our highways every day. Why no sensationalism every time there is an accident – because it happens all the time and everybody knows how to drive – you can’t make wild statements or draw invalid conclusions without being called out by every driver who reads the article.

I’m not trying to trivialize the deaths in this accident. The loss of a young mother and two infant children in one of the houses is truly tragic… as are the other lives lost in aviation accidents.  It is our duty as pilots, at whatever certificate level we hold, to perform in as professional a manner a we are capable. And it is our duty to try to educate those around us about all aspects of aviation.

This reporter and her editor obviously took no time to seek out an experienced pilot to gain additional insight for the article. I’m sure reporters are assigned to write articles all the time on subjects about which they know relatively little.  Maybe some day they will learn to ask a professional in the subject matter for input  – but for aviation articles I find that doubtful… after all, sensationalism sells.