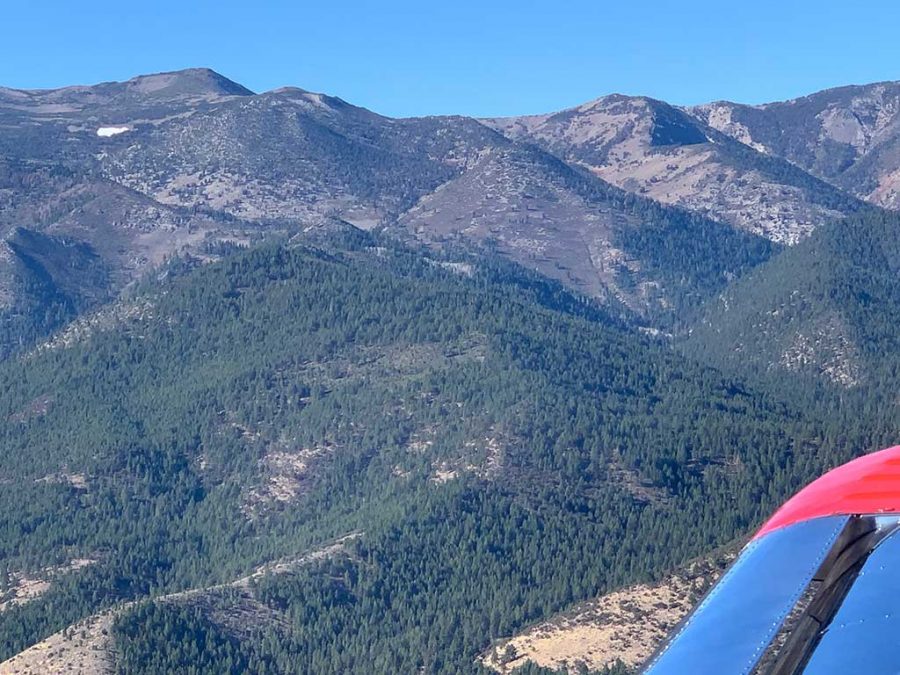 It was a beautiful day on Saturday and I needed to deliver some small parts to a friend of mine in Minden, NV. Instead of driving 45 minutes south, I drove a half an hour north and flew 40 minutes south. Logical to me…

Really nice flying on a Saturday morning. Smooth air and just a little haze but well over 10 miles visibility and no wind to speak of.. Rare for any time of year in the Sierras.

We met at the Taildragger Cafe on the field and had a nice breakfast while we caught up on each other’s activities.

END_OF_DOCUMENT_TOKEN_TO_BE_REPLACED

I receive several different EAA Chapter newsletters through the relationships our chapter has made in northern Nevada and California. I received one a few days ago from Corning, CA EAA Chapter 1148 that said they were having their annual roast turkey lunch and a featured guest speaker at their Saturday meeting.

The weather forecast was for light winds and clear skies so I decided to make the trip down to Corning to see how their chapter meeting operates.

It had been three weeks since my last flight so I got a little practice in on Friday by going out and flying around for a bit and then completing a few patterns and landings. All that went well so I topped off the fuel tanks and set up the pre-heater for the next morning. Our days lately have been starting our cool (20s-30s) and then warming up to the mid-60s. Really nice flying weather.

END_OF_DOCUMENT_TOKEN_TO_BE_REPLACED

The Carson City Airport (KCXP) held their annual open house last weekend and EAA Chapter 403 on the field was taking part by providing a pancake breakfast for $7/person.

There appeared to be a good turnout from the public as everywhere you looked there were people wandering around and looking at the airplanes.

The Cactus Air Force had their planes out as well as some still under restoration. A couple of IAR’s based at Carson were on display and Paul Dye brought his relatively new SubSonex – he finished building it a couple of months ago. Paul was great at answering questions from the constant crowd around the little jet.

Here are some photos from the event:

"I fly because it releases my mind from the tyranny of petty things..."