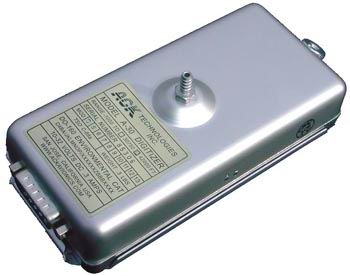 My last post described my encounter with NORCAL Approach and a problem with the altitude reading they were receiving from my transponder/encoder.

I had, with the help of the local avionics shop (Aviation Classics), investigated the malfunction to the point where the altitude encoder appeared to be the most likely culprit. I had three options at that point and chose to send the unit back to the manufacturer, ACK Technologies in San Jose, CA.

I had talked with ACK about the problem before I shipped it off and found that they would test and repair the unit for a $100 fee plus the shipping cost ($12) to send it back. So, off it went. The ‘excellent’ timing put the unit in their hands the Friday before a 3-day weekend. So, I waited until Wednesday morning of the following week to call and see what they found.

I talked with their encoder guru (José) and found that they had been running it for 3 days and had found no errors in it’s output. He suggested that perhaps it was a wiring issue between the unit and the transponder. Hmm. When Aviation Classics came out for the initial troubleshooting they had with them an identical replacement unit that, when plugged into my system,  provided a correct altitude signal to the transponder.  Great. Now what? José gave me the option of sending the unit back to me at no charge or paying the service fee and he would put in a new  circuit board.

There was a possibility that the only problem was a poor connection between the plug and the encoder that was corrected when the avionics tech plugged in the replacement unit but there was no way to know if that was the problem or the unit was becoming intermittent after working for 6 years. I dug out my bank card and told José to replace the circuit board.

I had a box from ACK the next day. Apparently I finished the call just before their daily package pick-up. Rather than take the extra time to put a new card in my unit, the great folks at ACK just grabbed a new unit off the shelf and sent it to me. You can’t beat service like that.

The next day I went out to the airport, installed the new unit and took it for a short flight. I climbed up to 9000′ north of Stead and called NORCAL Approach asking if they had time for a transponder check. They gave me a squawk code, I plugged it in and they said everything looked fine.

A couple of days later I had the folks at Aviation Classics come out again and do a VFR transponder/encoder certification. The tech adjusted the altitude output by 100′ but everything else worked fine. So the transponder/encoder are legal to go for another 2 years. Of course, all this time the weather had been beautiful and we had been setting high temperature records.

The weather since then has been unsuitable for enjoyable flying. A few days ago we were recording winds at the airport gusting to 50 knots and gusts at the top of Slide Mountain (which I can see from my house) at 120 knots.  Then rain the past week has raised the water level of Lake Tahoe by 4″ – much needed but not really VFR weather.  It would really be nice to be getting snow like they are in the eastern U.S. – maybe next winter it will be our turn.

All that has cleared out now and the weekend is supposed to be nice so I’ll do my best to get up in the air again.

A Short Flight on a Nice Day